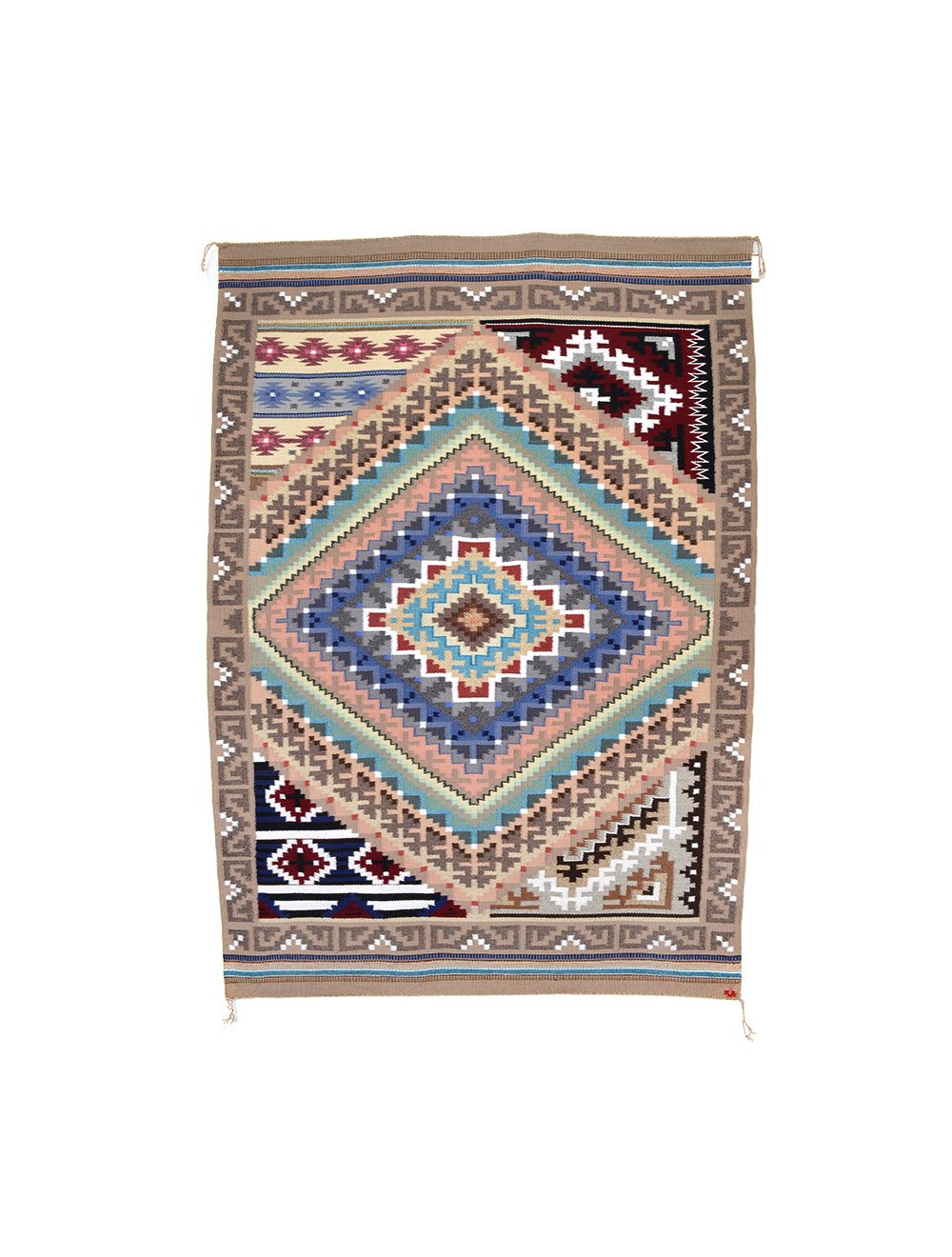 Burntwater rugs are typically comprised of warm earth tones and pastels. This style is a variation of the traditional Two Grey Hills design.

The Wide Ruins design evolved from the Chinle but is much more involved. It is marked by many thin bands of colors alternating with wider bands which frequently contain geometric designs.

A traditional Ganado rug always should have a red background. The central design motif is usually based on a single or double diamond pattern and the edges are typically embellished with geometric details. Ganado rugs are named for the town of Ganado where John Hubbell founded his trading post in 1878 and popularized the style in catalogs to buyers in the eastern United States.

Two Grey Hills rugs are typically woven with natural colored wool in white, black and shades of brown. These rugs are usually much finer in yarn and weaving and take much more time to make. These rugs often have a border and the patterns tend to be more complicated than similar rugs such as Ganado or Klagetoh. The name of the design does not represent hills. The design is named for a village in New Mexico.

Revival style refers to a rug in which the weaver references older patterns, frequently from the mid 1800's. Variations of the blue, white, red and black Chief blankets are a popular Revival design.