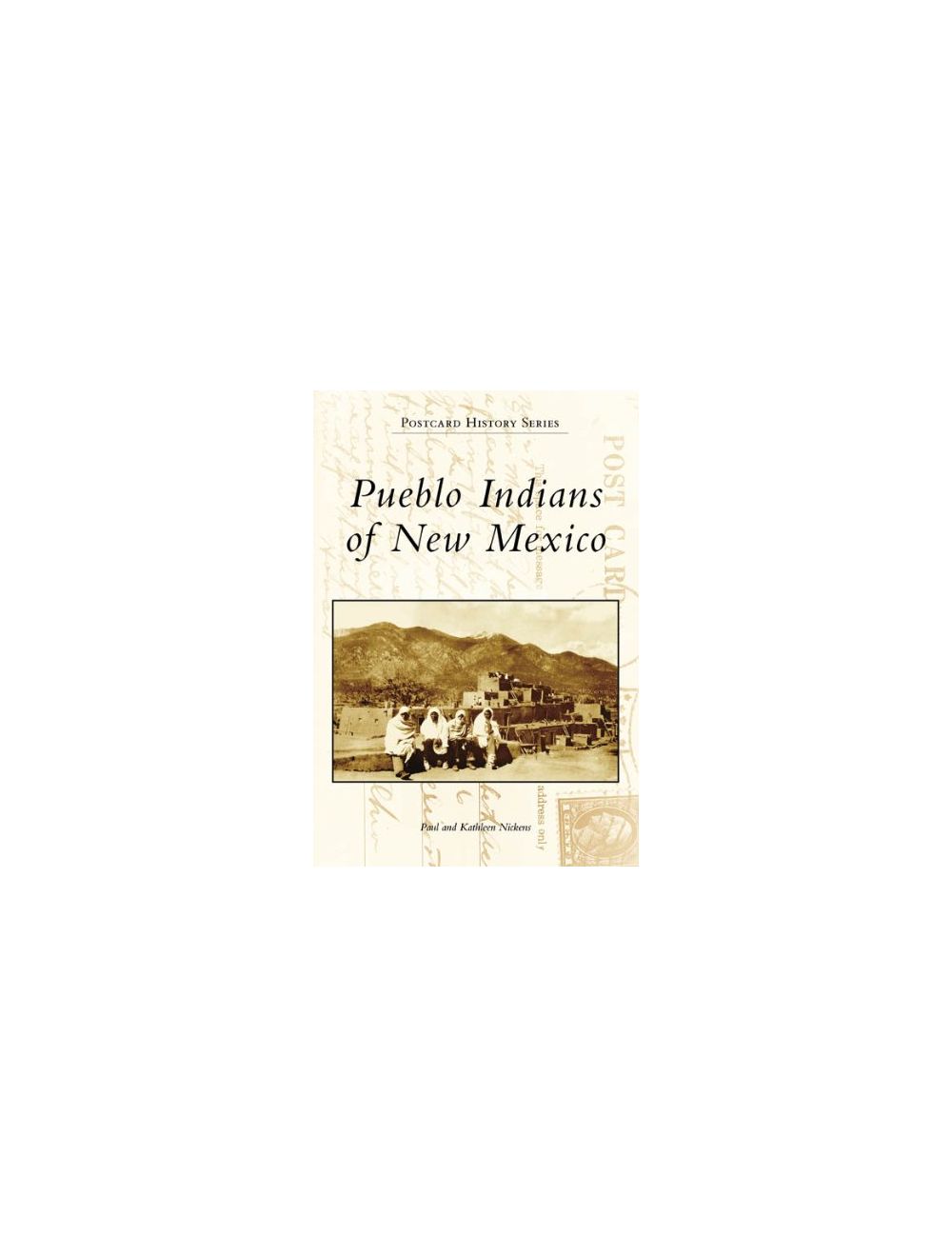 THE PLAINS INDIANS BY CARLSON

Beginning about 1900, tourism greatly increased in the American Southwest, chiefly a response to the combined promotional efforts of the Santa Fe Railway and the Fred Harvey Company. Postcard images of Southwestern Native Americans in particular became a mainstay of a widespread advertising campaign to promote the region to potential travelers. Postcards also quickly became popular with visitors as collectibles and for expedient communications with friends and family back home. In New Mexico, hundreds of published images portrayed the beauty of the Pueblo villages, as well as views of economic and domestic activities, arts and crafts, and religious aspects of the various Pueblo communities in the northern part of the state.
- back cover