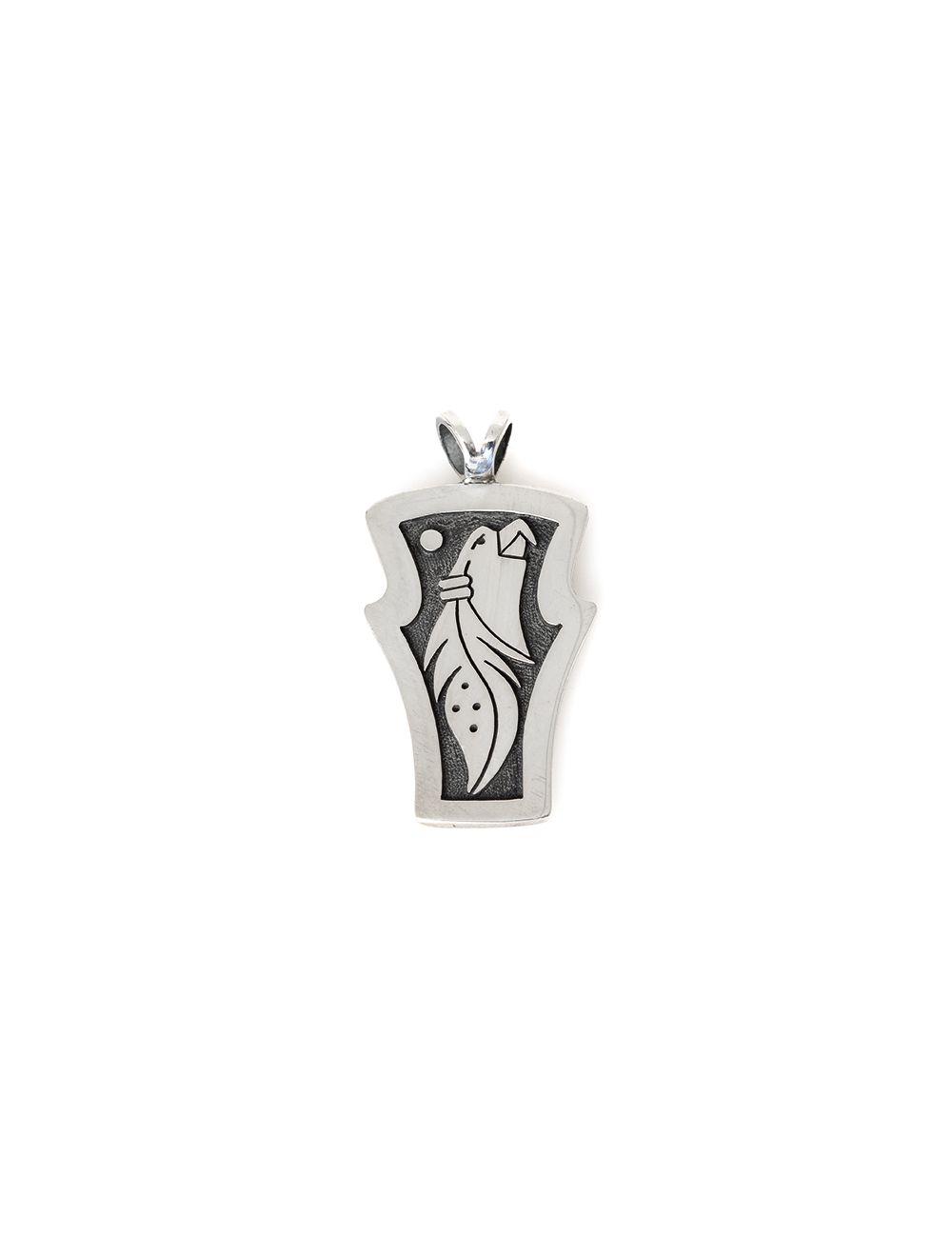 Gary and Elsie are a husband and wife team who have been making jewelry together since 1969. Elise is of Navajo heritage and a member of the Towering House and Bitterwater clans. Gary is of Hopi heritage and a member of the Spider and Fire clans. They studied silversmithing at the Hopi Arts and Crafts Guild and are known for their incredibly fine overlay. They have won numerous awards including: multiple ribbons at the Santa Fe Indian Market, the Heard Museum Indian Fair and Market, the Eight Northern Pueblos Indian Arts and Crafts Exhibit, the Sedona Hopi Show, and many more . Gary and Elsie were 1993 Fellowship winners from the Southwestern Association for Indian Arts and they were awarded the Charles Loloma Award of Excellenece by the Museum of Northern Arizona in 1994. They reside in the village of Kykotsmovi at Third Mesa on the Hopi reservation in northern Arizona.