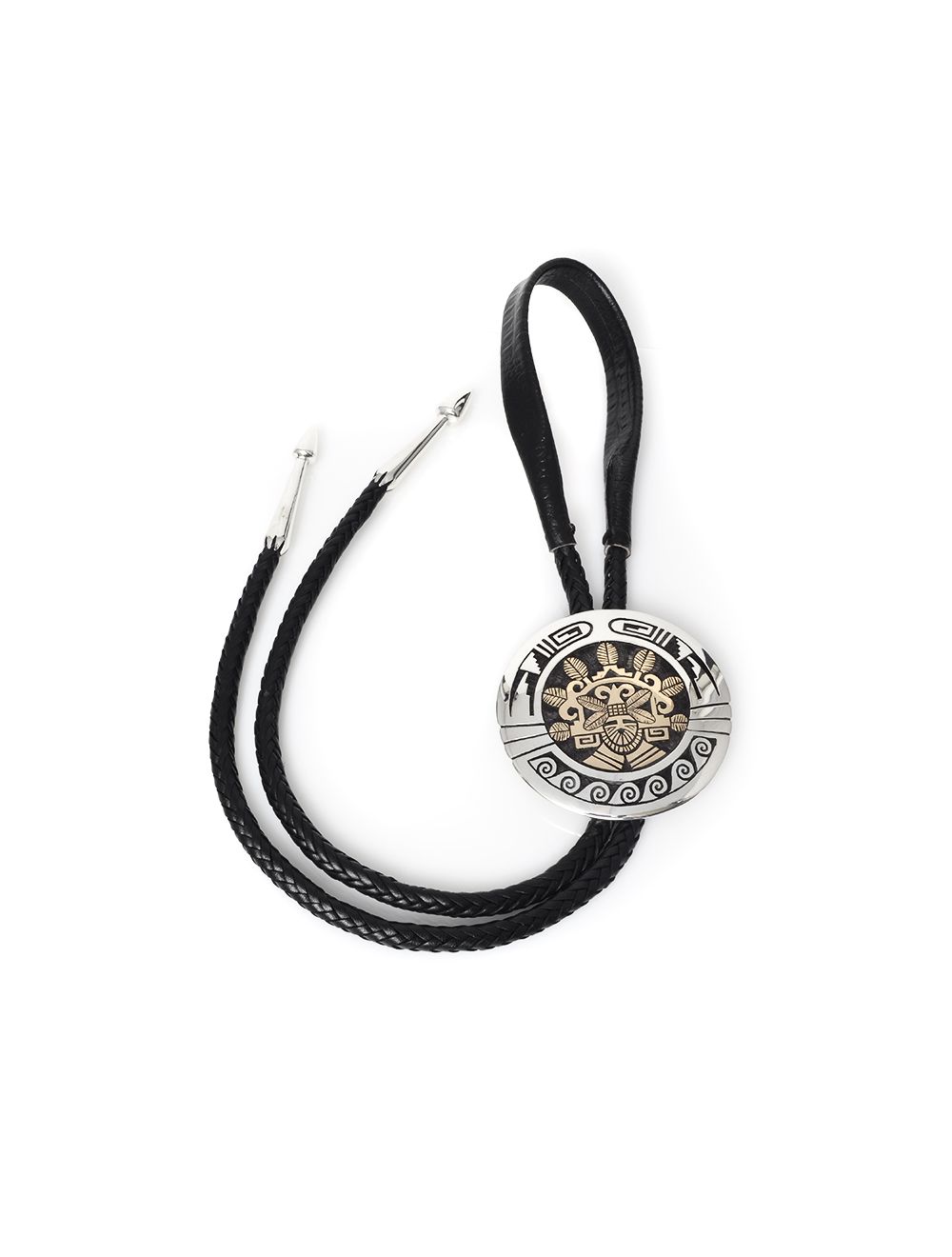 Watson Honanie was born in 1953 and is a member of the Bear Clan. He has been active making jewelry since 1973. He first learned silversmithing from his uncle Fred Kabotie and Porter Timeche as a young child. He later studied with his brother Philip Honanie and at the Hopi Silvercraft Guild. Watson began working with gold and silver overlay in the mid- 1980's at the suggestion of Bruce McGee, then manager of McGee's Indian Art at Keams Canyon, Arizona. In addition to gold/silver overlay, he is known for his precise technique and detailed scenes. In 1993, he won Best of Class and Best of Division at the Santa Fe Indian Market for his gold concho belt.

This bolo has a diameter of 3 1/8 inches and has a figure eight clasp in back. The black leather bolo cord measures 44 inches around, including the handmade silver tips, and has a flat comfort neckband.