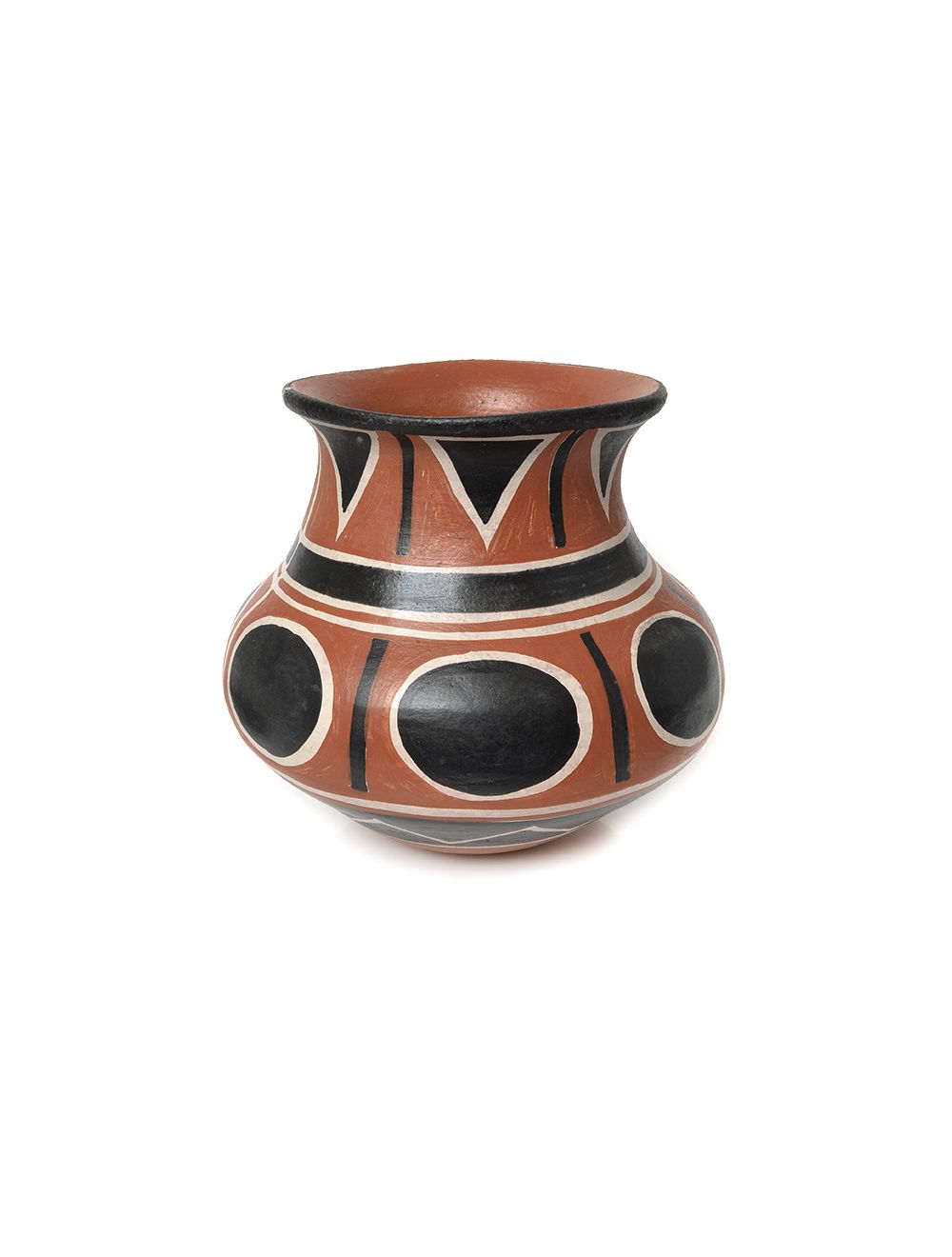 Robert Tenorio was born in 1950 and has been making pottery since the 1960's. He studied art at the Institute of American Indian Arts (IAIA) in Santa Fe, New Mexico but began working earlier in clay with his grandmother Andrea Ortiz and his great- aunt Lupe Tenorio. He continued formal training in clay at IAIA under Otellie Loloma. He is the recipient of many awards including, 17 awards alone from the Santa Fe Indian Market dating back to 1967. In 2000 he won the Governor's Award at Indian Market- Santa Fe, New Mexico. His work can be found in the collections of the Peabody Museum at Harvard University, Cambridge, MA; Nagoya Museum, Japan; and the Royal Family of Great Britain.