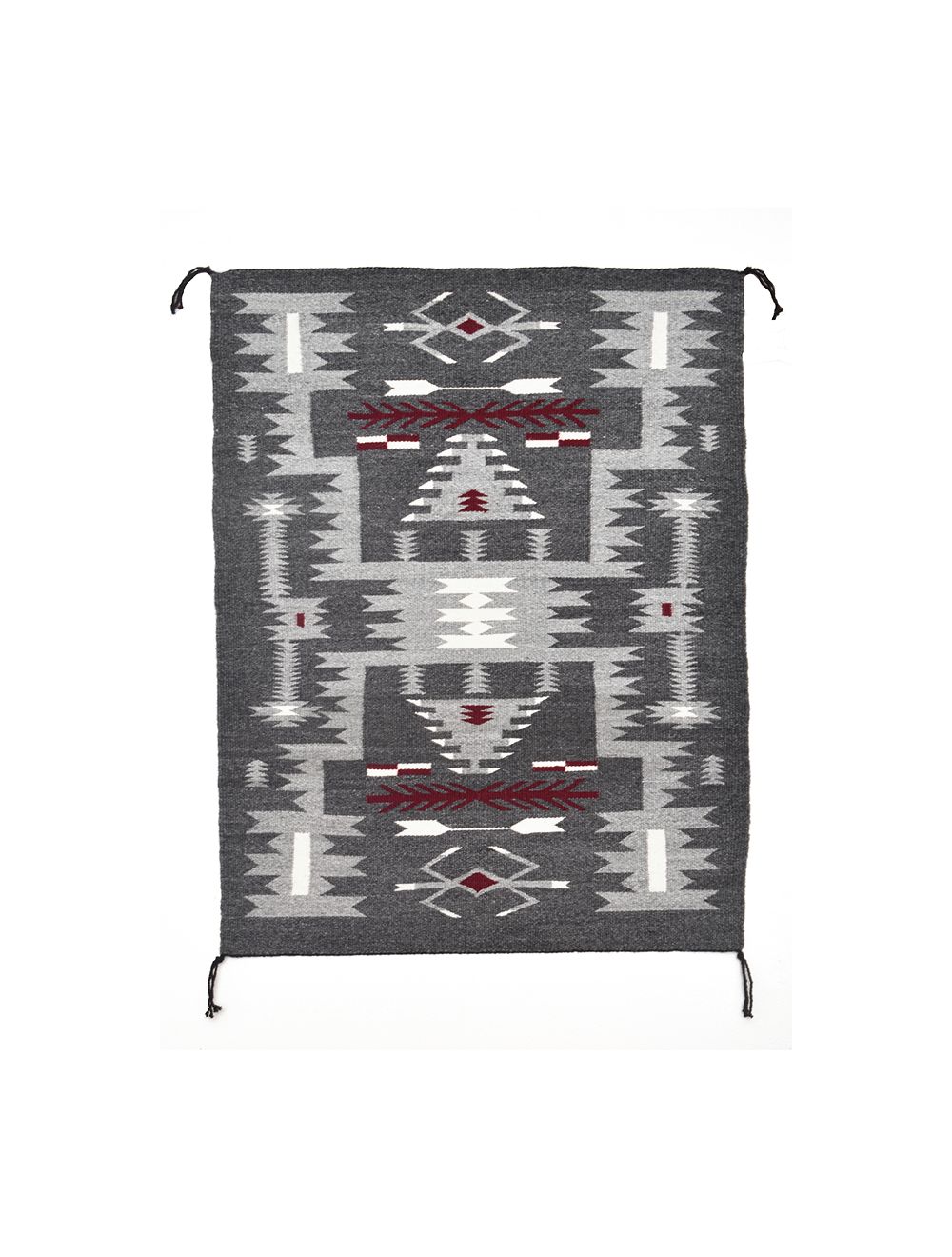 Rena Begay is an award winning weaver from Pinon, Arizona. She was taught to sheer sheep, card, spin and dye wool and weave by her mother Marie Begay and one of her aunts when she was a teenager. She completed her first rug by herself when she was 17. She has won awards for her weaving at the Gallup Intertribal, Santa Fe Indian Market and the Heard Museum. She has been active weaving since 1970.

The Storm pattern rug is recognized by its design and not, as in the case of some rug styles, by its colors. The Storm pattern design is the only design that is supposed to represent a natural event. A typical Storm pattern rug has a block in the center representing the center of the universe. Four blocks in the corners represent the four winds, or the four sacred mountains of the Navajo, and are connected by zigzag elements which represent lightning. Other elements are frequently included between this main part and the border and may consist of stylized designs such as cloud forms, water beetles, arrows, feathers and abstract geometric designs.