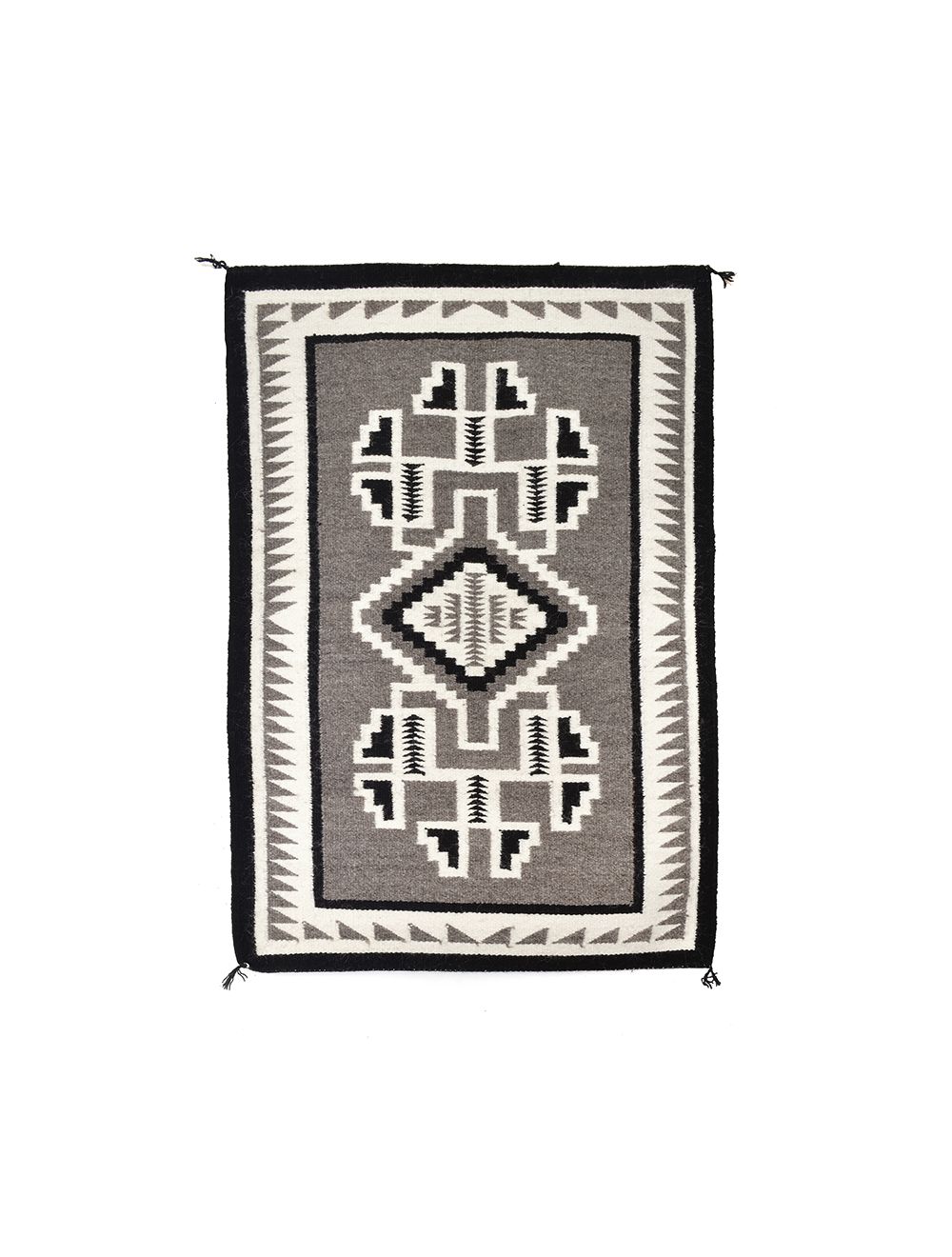 We use 'traditional' as a term for older patterns and designating rugs that are not able to be categorized either by geography or adherence to conventional patterns. For example, a Two Grey Hills pattern that is not from the Two Grey Hills area and/or does not follow the traditional coloring conventions may be referred to as a "traditional" rug.

As with the evolution of most art forms, weavers are branching out and will often weave a rug that may have elements of more than one pattern or color scheme. When we have a rug that does not fall into one of the conventional styles, we rely on the weaver's preference, so if they give us a pattern name, even if it does not exactly fit that style, we respect their designation. When the weaver does not give us a pattern or style name, we refer to the rug as "traditional."