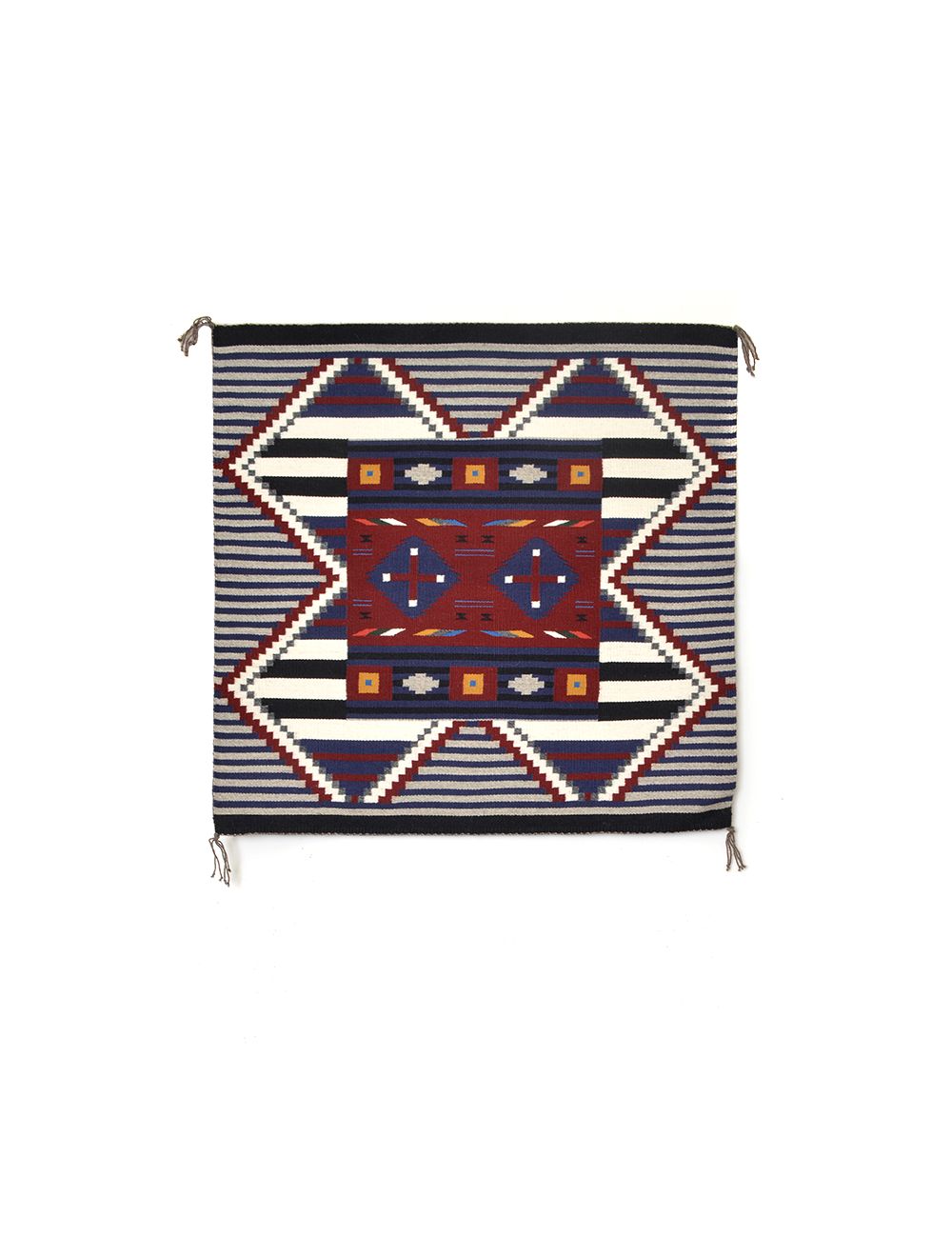 Chief's blanket with train by an unknown artist (Navajo)