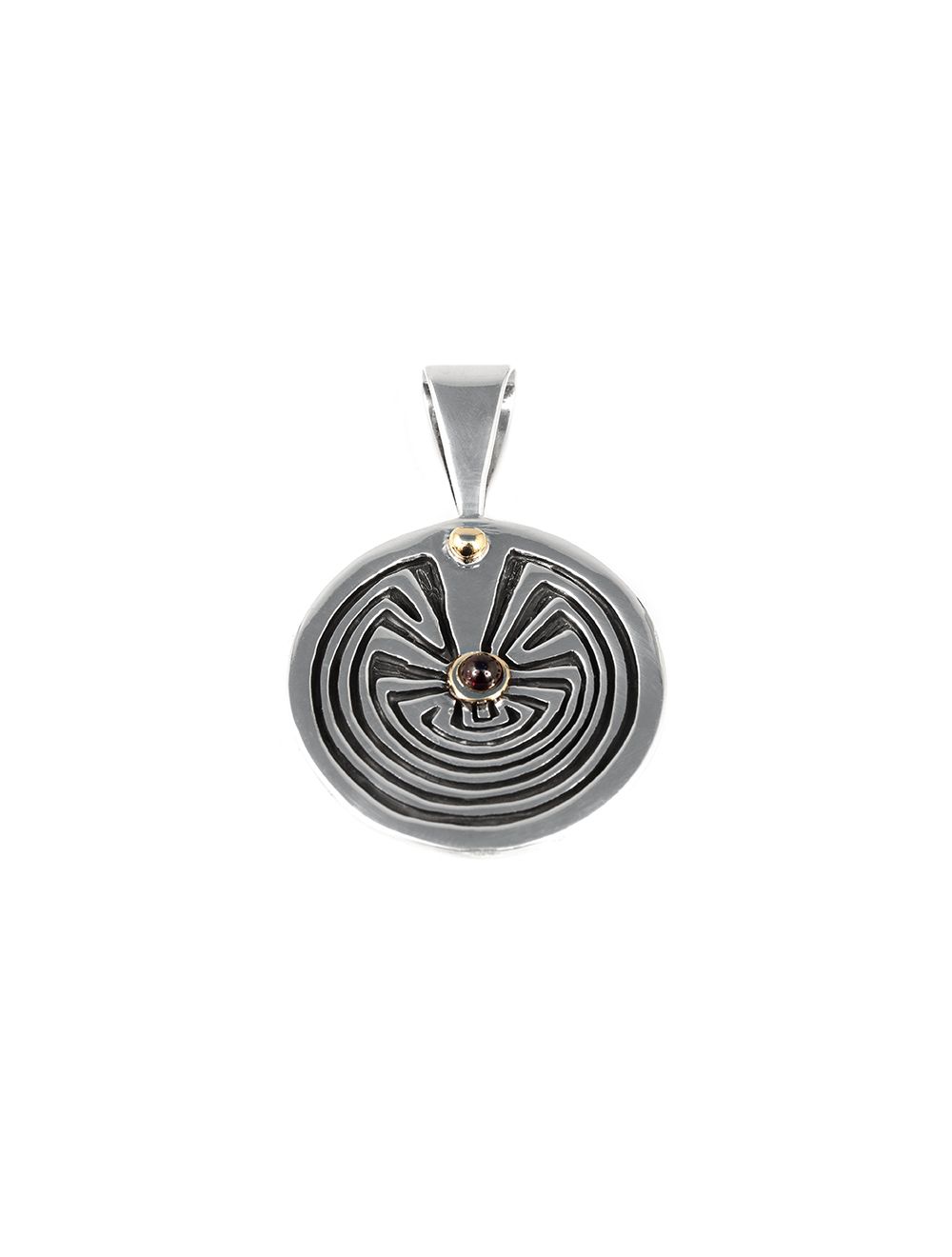 Man in the maze necklace by James Fendenheim (Tohono O'odham)

Man in the maze pendant by James Fendenheim (Tohono O'odham)

James Fendenheim was born in Tucson, Arizona and attended the Institute of American Indian Art in Santa Fe. He considers his grandmother, who is an award winning basket maker, his artistic mentor and inspiration in the arts. He has been making jewelry professionally for over 25 years and specializes in overlay in silver and gold.

The Man in the Maze symbol is an ancient American Indian emblem that can be traced back to ancient petroglyphs in the American Southwest. It is closely associated with beliefs of the Tohono O'odham and Pima nations, who frequently use the symbol in their art work (although other tribes of the Southwest also use it). It is a generally thought of as a visual representation of the cycle of life. The figure represents a man or mankind and the maze represents the path of life and the experiences and choices we make, acquiring knowledge and understanding as we go. The center alternately represents the achievement of one's goals or the point at which our physical lives end and we pass on to eternal life.