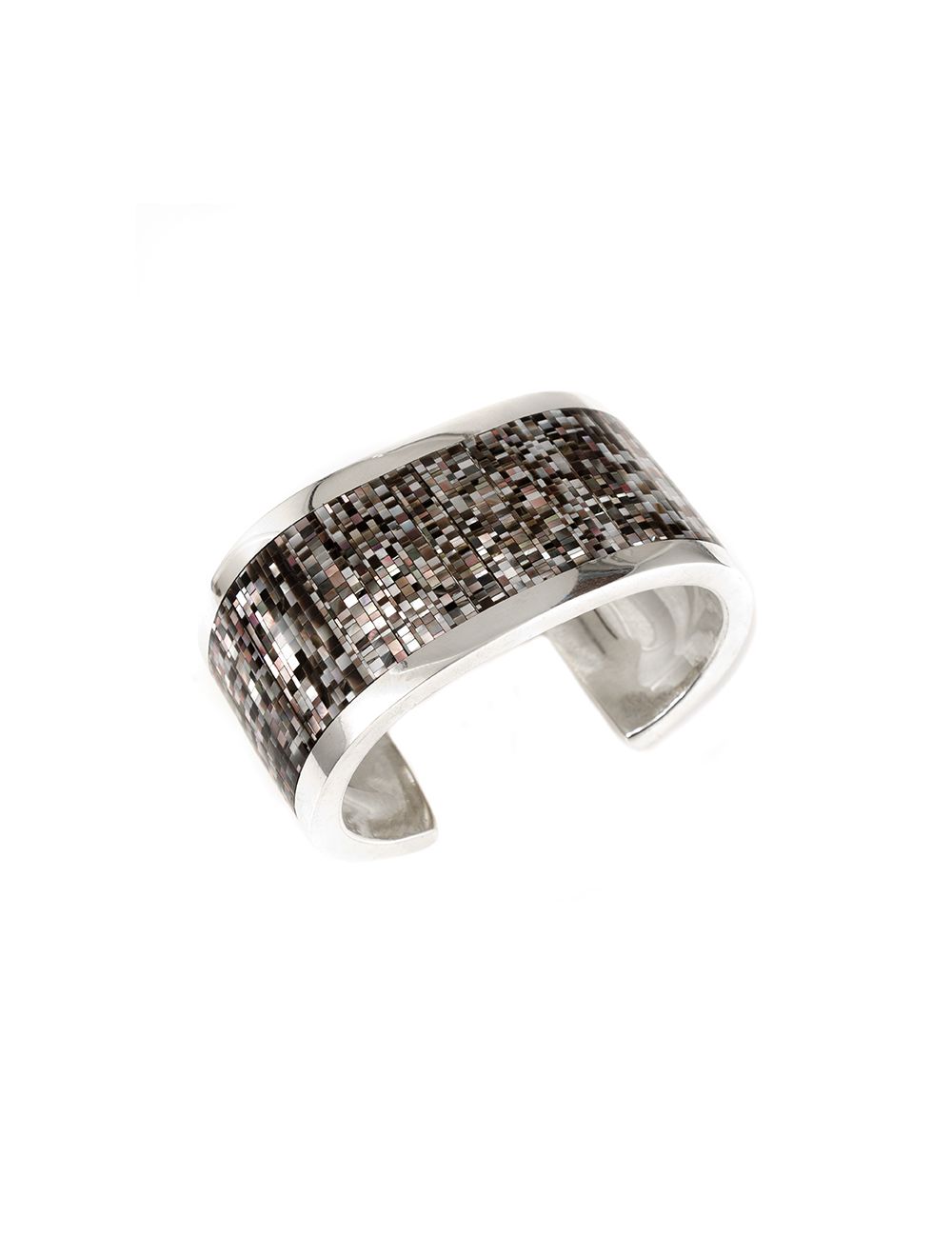 Colin Coonsis (b. 1981) is the son of noted silversmiths, Harlan Coonsis and Rolanda Haloo. After his departure from the military as an electrical engineer for the U.S. Navy in 2004, he began making jewelry and continues his creations as a full-time artist today. Coonsis has consistently won awards with his contemporary design and inlay work at the Heard Museum Indian Fair & Market and The Zuni Festival of Arts and Culture. He says of his work, "As a child I watched and learned from my mother her jewelry making and inlay techniques that I would someday translate into my own vision. It was because of teachers, individual collectors, and a passion for my art that I would delve into a universe of art entwined with vision, legacy, and Native American tradition that I yearn to share with the world."