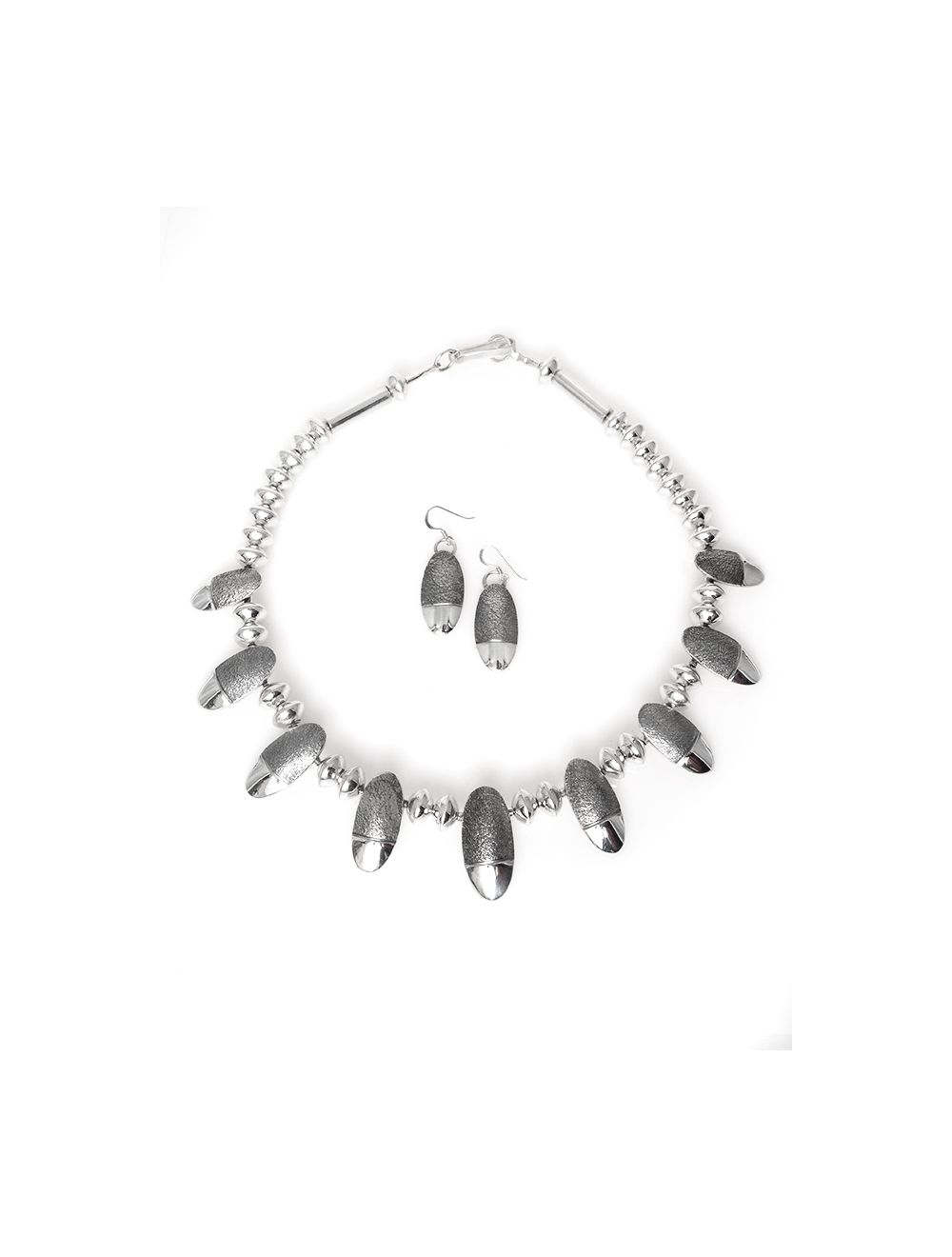 Info from "Silver and Stone": Jack Tom formerly collaborated with his now ex-wife Mary Tom. He was born in 1948 at Keams Canyon, Arizona to the Salt Clan and for the Bitterwater Clan. He began making jewelry in 1971, the same year he and Mary were married. They entered their first show together in 1974. He currently works on his own. His work has won awards from many art shows including the Heard Museum, Santa Fe Indian Market and the Museum of Northern Arizona. He and Mary were profiled in the book "Silver + Stone" by Mark Bahti.

This necklace measures 17" long. Each earring measures 1 3/4" long, including the silver ear wire, by 1/2" wide