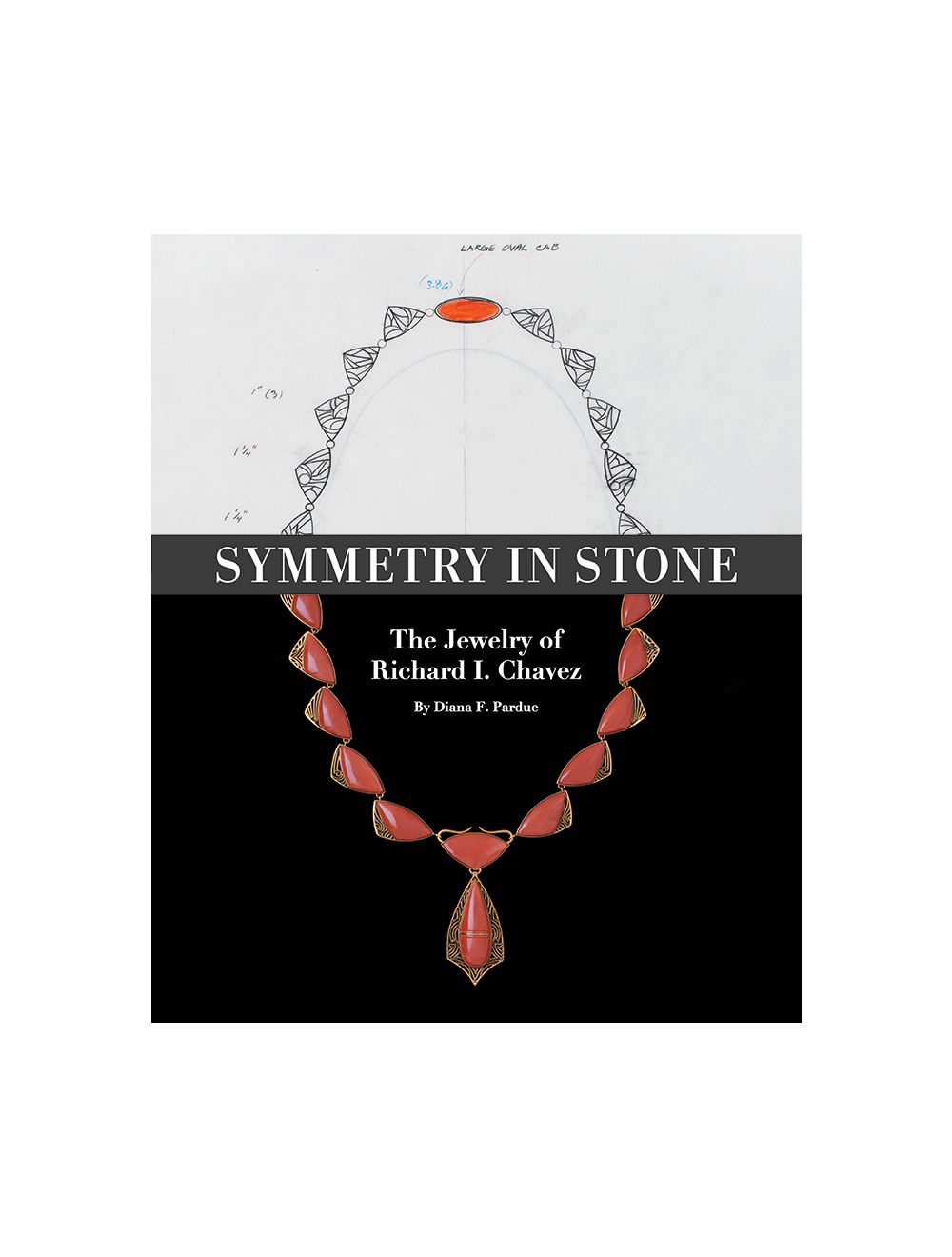 Symmetry in Stone by Diana Pardue

This publication was produced in conjunction with the exhibition, Symmetry in Stone: The Jewelry of Ricahrd I. Chavez, which was exhibited at the Heard Museum from February 2 to August 5, 2018.

About the exhibition and artist:

For the first time in his more than 40-year career, Richard Chavez’s jewelry will be featured in a retrospective exhibition. Since his early years of jewelry design and execution, Chavez has continued to painstakingly make each item by hand. An artist who enjoys designing, Chavez places an emphasis on stone selection, placement and presentation. Now, some 40 years since he first tried to solder metals, Chavez is one of the Southwest’s leading jewelers, whose works are recognized for complex inlay, architectural sensibilities and striking color patterning.

Richard Chavez (San Felipe Pueblo, b. 1949) studied architecture at the University of New Mexico in Albuquerque and worked as an architectural draftsman at the firm of Harvey S. Houshour. One of the projects he assisted with was the design of the Indian Pueblo Cultural Center in Albuquerque.

Chavez taught himself jewelry making through diligence and trial and error. Initially, he cut and shaped shells into heishi*, but he stopped due to the influx of Asian shell beads. He entered his first competition, the Eight Northern Indian Pueblo Arts and Crafts Show, in 1976. Winning the grand prize for a white mother-of-pearl necklace, ring and bracelet set sparked Chavez’s jewelry-making career.