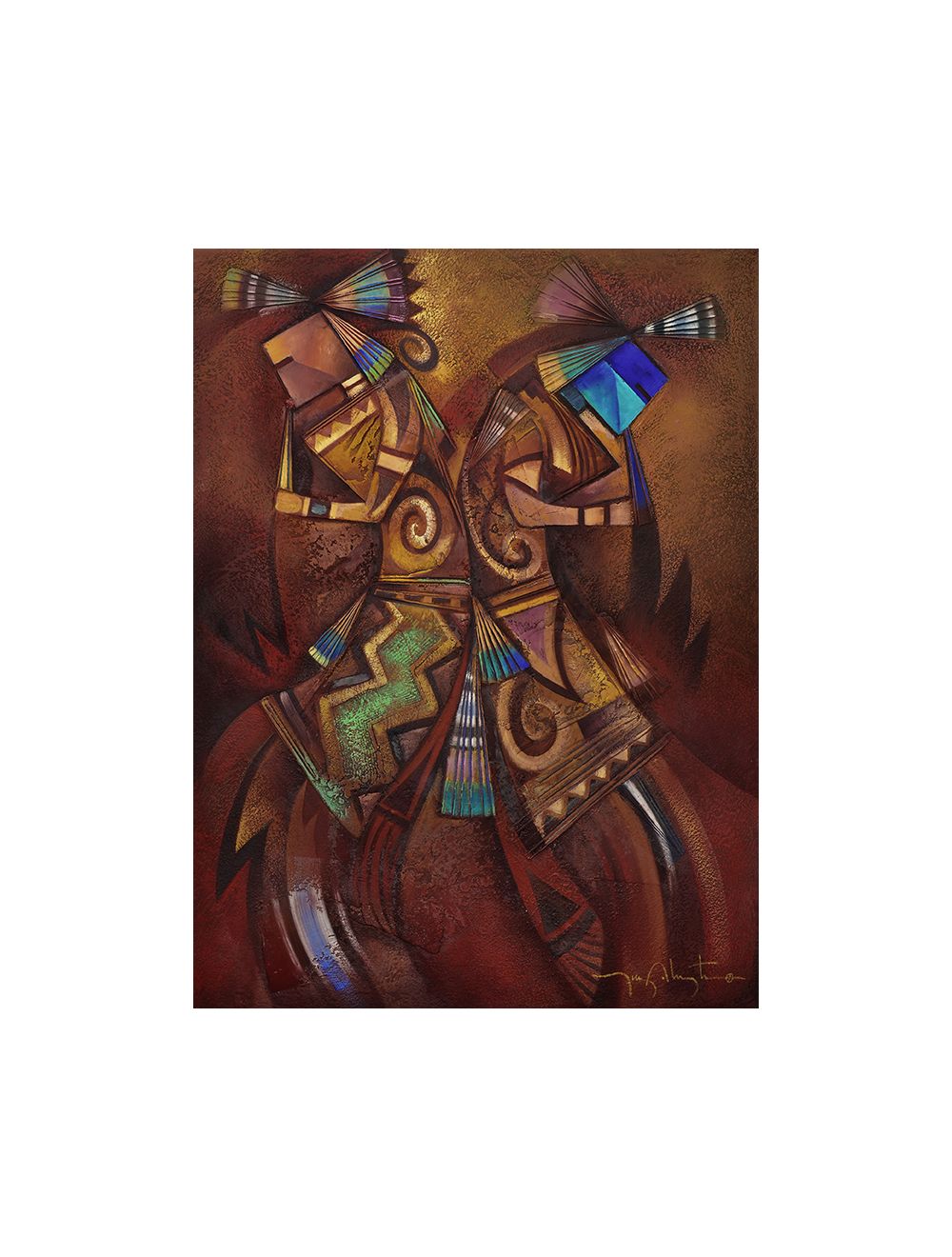 Tony Abeyta is a Navajo contemporary artist working in mixed media paintings. A graduate of New York University with an honorary doctorate from the Institute of American Indian Arts in Santa Fe, Tony was the 2012 recipient of the New Mexico Governor’s Excellence in the Arts award, and recognized as a Native treasure by the Museum of Indian Arts & Culture.

Tony currently works in both Santa Fe, NM and Berkeley, CA. Tony's work is included in the Smithsonian’s National Museum of the American Indian, Boston Fine Arts Museum, the Heard Museum in Phoenix, AZ, New Mexico Fine Arts Museum, Denver art museum,Crocker museum in Sacramento the Autry Museum in Los Angeles, CA, and the Eiteljorg Museum in Indianapolis, as well as in many other public & private collections.