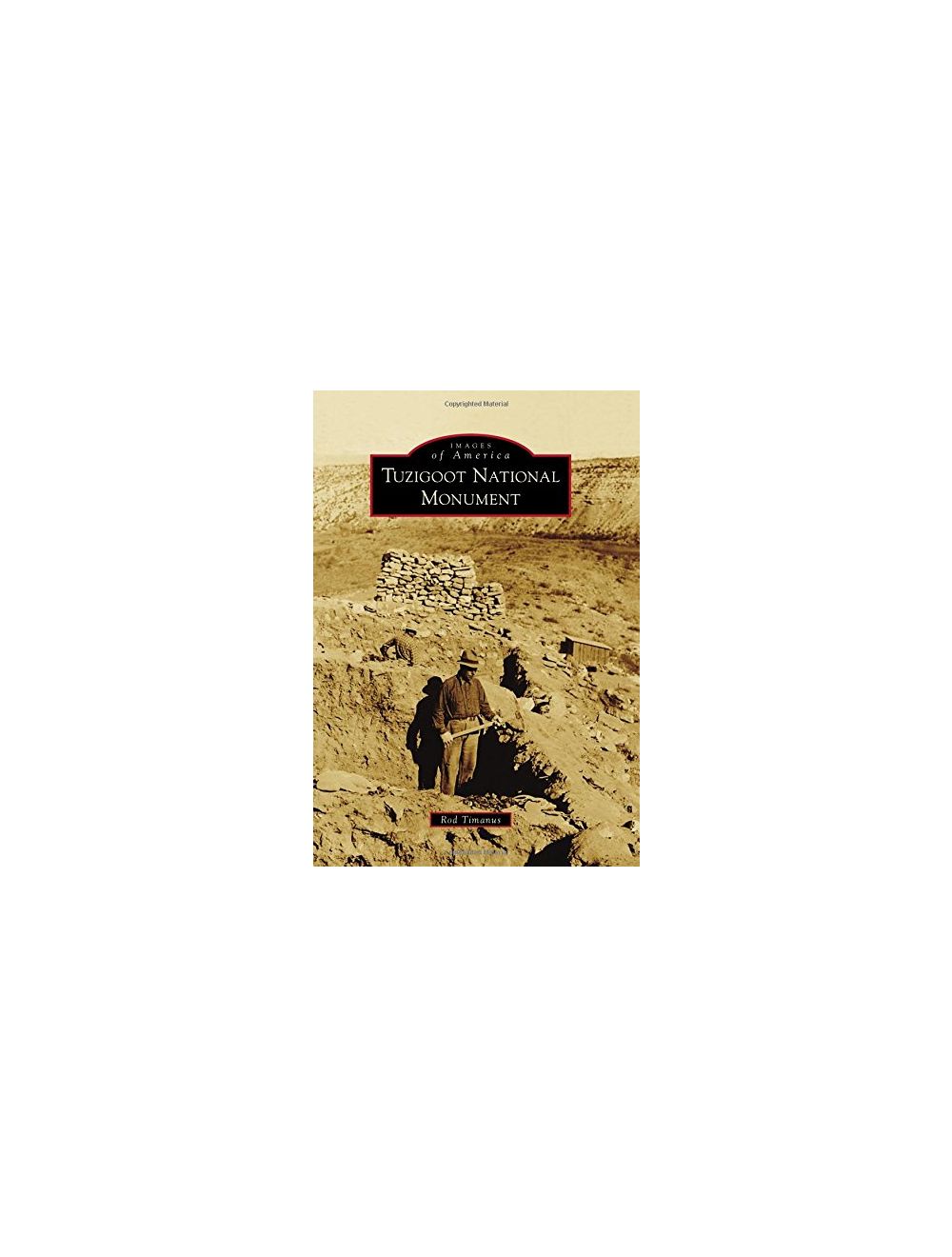 The native people, known today as the Sinagua, inhabited the Verde Valley of Arizona for centuries. From around 700 AD to early 1400 AD, they farmed the land and built large pueblo communities throughout the area. They accomplished this task using only primitive stone tools, materials from their environment, and the strength of their intellect and muscle. One of the largest communal dwellings, and later the most extensively excavated, is called Tuzigoot. This sprawling, hilltop complex contained over 100 rooms and was once home to several hundred people before it was mysteriously abandoned. Excavated and partially restored between 1933 and 1934, Tuzigoot is currently administered by the National Park Service after being designated a national monument by Pres. Franklin D. Roosevelt in 1939. Today, although off the beaten track, it hosts more than 100,000 visitors a year.
-back cover