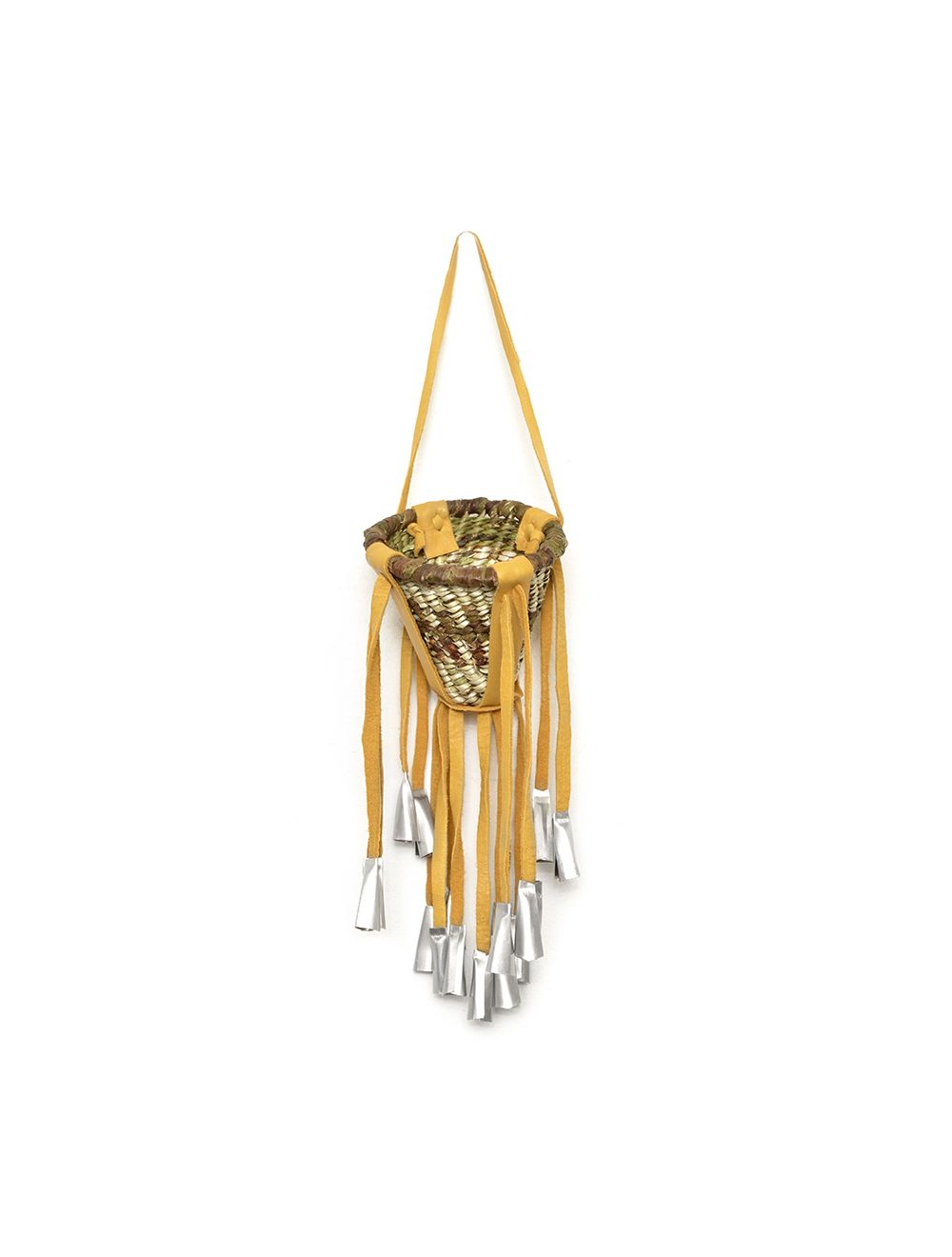 For the Western Apaches, the use of the burden basket serves as an important utensil in life as it was used collect ripening seeds, nuts and roots. They also served as important tools in ceremonies, such as the Sunrise Ceremony, which celebrates a girl's change from childhood to womanhood. These baskets aided in the ceremony by holding the many gifts given to the girl's godmother and served as an important tool that marked the ceremonial course around which the initiate ran to avoid evil. Their construction was unique, with twined weaves using split-willow or sumac splints and were typically decorated with strips of buckskin fringes or basal patches. The traditional dangle bells were constructed of tin, which represented the need for respect of elders, specifically of women. The burden baskets of today are made in much of the same fashion as their older counterparts but may now sport commercial suede as decoration.