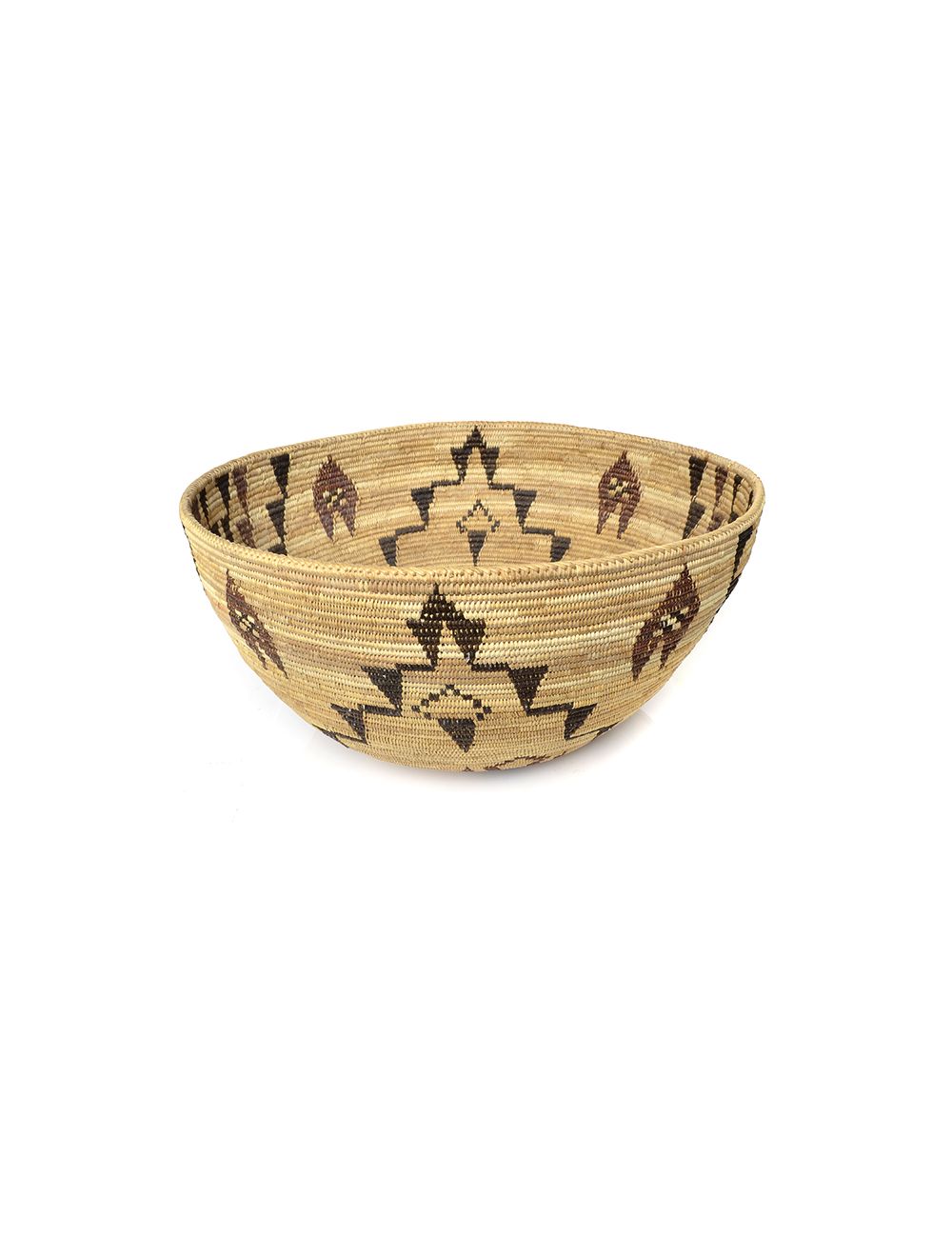 "Three-rod slightly oval start for round basket, leftward coil direction, rim diagonally overstitched. Pattern of connected red or black triangles arranged in 'v' forms, with other red and black patterns, including a redbud form that is somewhat like an arrowpoint containing a black '+' motif. Basket is finely stitched, 20 stitches per inch and 7 coils per vertical inch. One stitch broken on rim.
Basket tage reads: 12E - Her masterpiece Maria Harry of Bodie, Calif. Around 1931. Died at Plummer's ranch, Neveda, 1940. Baskets have a light-dark effect. See 5E, 16B, 32A."
-The Ella M. Cain Collection of Mono Lake Paiute Basketry basket description, page 53