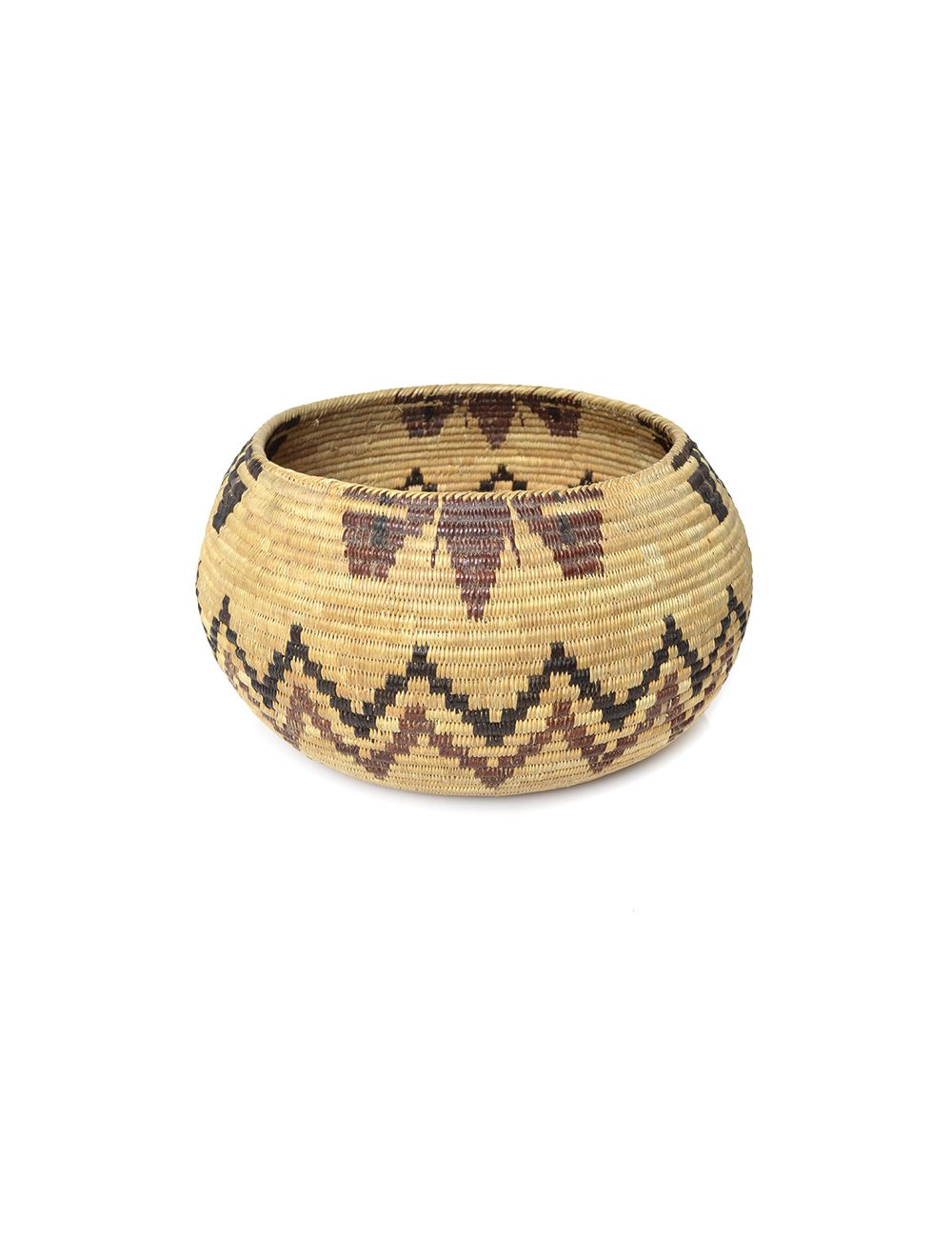 "Three-rod coiled basket, leftward coil direction, clock spring start. Rim overstiched with diagonal rim finish, in a leftward coil direction. Pattern consists of two zigzags at base of basket, one in red, the other in black. Above this are four unfinished moth forms worked in alternating schemes of red and black. The basket's rim is nicely finished with overstitching, although the moth forms are not complete. The stitching, start, trimming, rim finish and arrangement of butterfly forms is consistent with other documented baskets by Daisy Mallory.
Basket tag reads: 8F Antique looking fern root-zigzag trim around bottom half butterflies or insects? bordering top. Maker?"
-The Ella M. Cain Collection of Mono Lake Paiute Basketry basket description, page 50