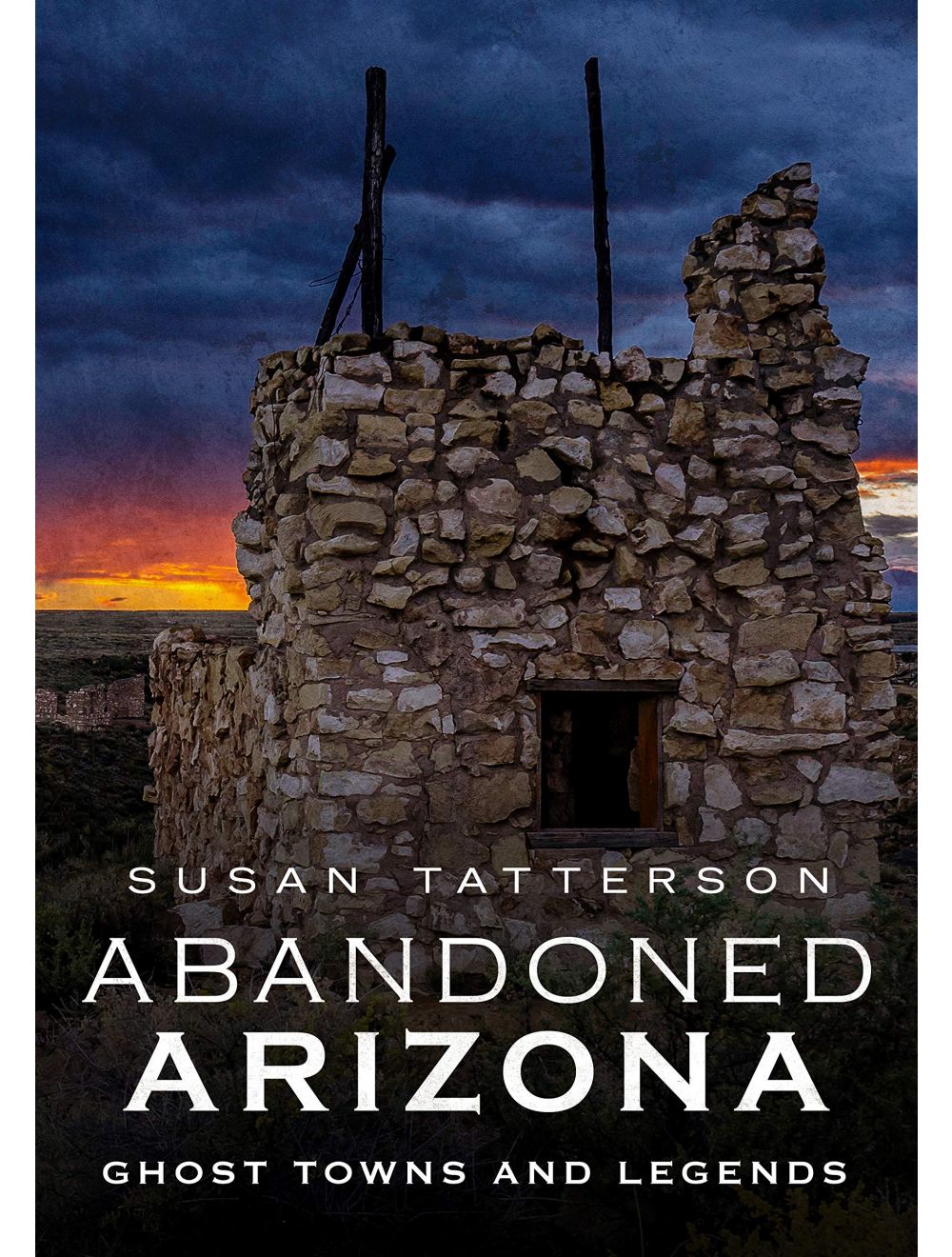 Be the first to review this product
$24.99
SKU
31177885
Add to Wish List Add to Compare
Details
Abaondoned Arizona: Ghost Towns and Legends by Susan Tatterson

"Arizona is a visual delight: a ruggedly beautiful state with a rich history and abundant photographic opportunities of not only its exquisite landscape, but its abandoned past. From dusty ghost towns to eerily silent concrete masterpieces, what has been discarded in the settling of this young state is the narrative of Ghost Towns and Legends. Many of Arizona's once thriving mining communities are now deserted. They are nestled in picturesque valleys and harsh desert mountain ranges. America's beloved Route 66 stretches across the state and many trading posts remain--although long abandoned and at the mercy of time and vandals, they still have colorful, visual stories to tell. The Abandoned Arizona, Ghost Towns and Legends journey encompasses the entire state, including the metropolis of Phoenix, where the legendary Phoenix Trotting Park stood isolated and forsaken for half a century. Irresistible sunsets are an Arizona trademark, but so too should be its slowly disintegrating past; before we move on to what's next, we must be mindful of the importance of our past--there is much to be learned."
-back cover

softcover, 128 pages
Reviews
Write Your Own Review
Only registered users can write reviews. Please Sign in or create an account
Related Posts